Coach Clint has been involved in competitive swimming, whether it has been an athlete or a coach since 1977. He swam competitively for 22 years starting at a summer club in a small town in Saskatchewan, ultimately moving away from home at 14 to pursue that elusive Olympic Dream. Coach Clint still has a passion for this sport – has been coaching since he retired. He is currently the Director of Competitive Swimming and Head Coach for Gators Academy of Swimming – a privately held Competitive Swimming Consulting Company offering stroke clinics and various other services. He is also the proprietor of his new venture and start-up Competitive Swim Camps that offer week long swim camps, among other services, in various destination locales.

During his career as a swimmer he established over 100 records (Nationally/Provincially), has been ranked highly provincially, nationally and internationally and also represented teams and country in various competitions across the globe.

His focus is to pass his knowledge onto swimmers of all abilities and ages – and his results are reflective of his methods – Age Group swimmers, Masters swimmers, Internationally ranked World Ironman Triathletes alike have all benefited from Coach Clint’s teachings.

This short bio was provided by Coach Stevens. You can find out more about Coach Stevens on the Gators website.

Support Coach Stevens with a premium membership. Use the coupon “GatorAcademy” during your registration and you will also get 20% off any subscription plan. 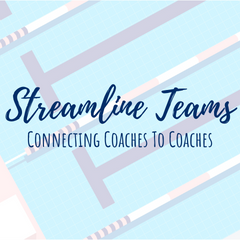