During the 2001-2002 season, Paul gained experience assisting National Coach of the Year Bob Bowman with a variety of NBAC’s training groups. Yetter has guided 12 different athletes to a No. 1 National Age Group ranking, setting over 75 National Age Group Records in the process.

Support Coach Yetter with a premium membership. Use the coupon “NBAC” during your registration and you will also get 20% off any subscription plan. 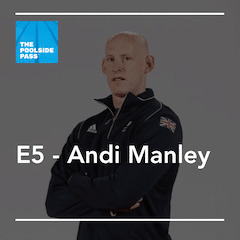